Delighted to say that the kingfisher chicks appear to have hatched. 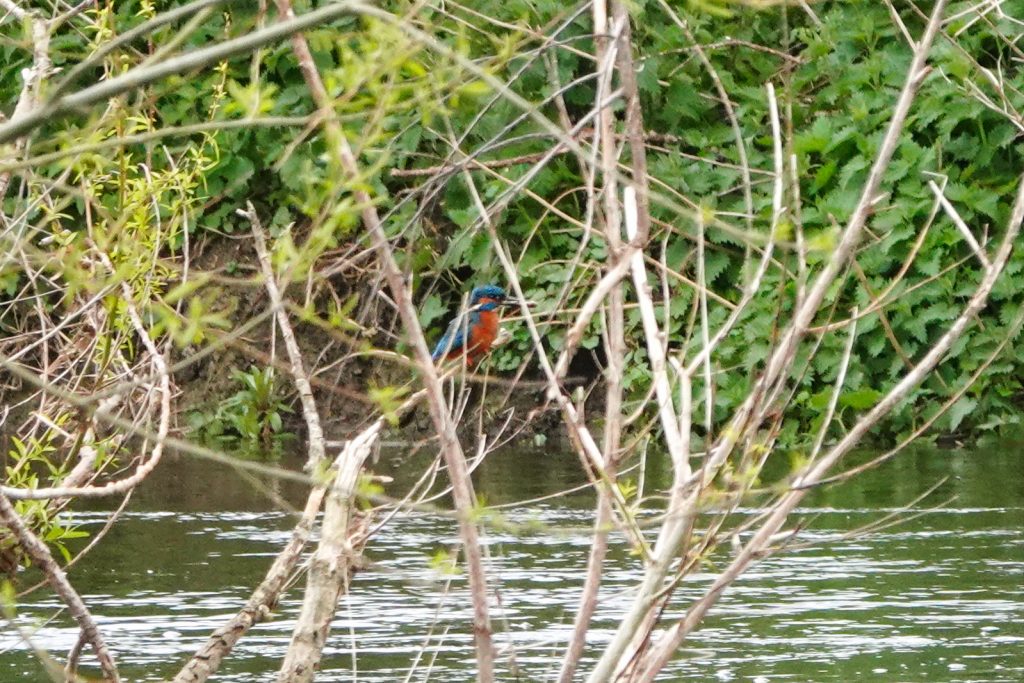 There was much more activity around the nesthole, and at least one of the parents arrived and flew in with a fish laid longways in its beak with the head showing, which is the way they present food to chicks.

This isn’t a great photo as it was taken from about 70 yards away, but it shows the fish in the beak of a bird that flew into the nest and then out again in a short space of time. It’s been a long wait with not much to see, but if all goes well in a few weeks there should be chicks fledging.