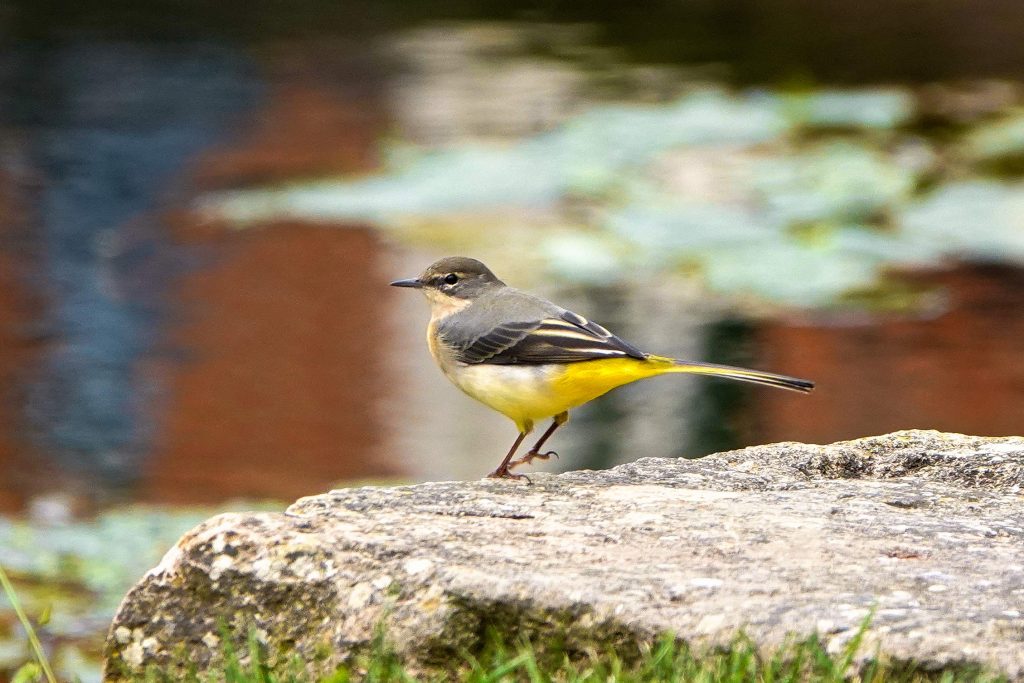 park last night. They were there again this morning too – at least 4 birds singing before I even got to the river. There were none to be heard out of town along the river though, and only a single thin voice at Cotterstock. Still, it’s good to hear a songbird’s voice again, even if the tone is autumnal. There was the skirling call of a kestrel towards the end of the trees, something like a green woodpecker but with more of a whinny. Away across the river, over the field with the lime avenue, two kestrels were flying at and around each other. It seemed too gentle for a fight, more likely courtship or pair bonding.

I heard kingfisher two note calls but it’s very difficult to get more than a glimpse. They seem to perch among the leaves right at the water’s edge and either make long flights where it’s impossible to see where they landed, or veer off into the woods. The brook seems to be a favourite place for now, though I’ve heard calls at the mill race too.

Easier to see as well as hear, there were grey wagtails at both the lock and the mill race. I watched one catching flies from the decking, then settling on the lily pads, then returning. Beautiful quick movements, so lovely to watch. Eventually it came closer and posed on a stone with some colourful reflections from the mill outhouse behind it in the water.