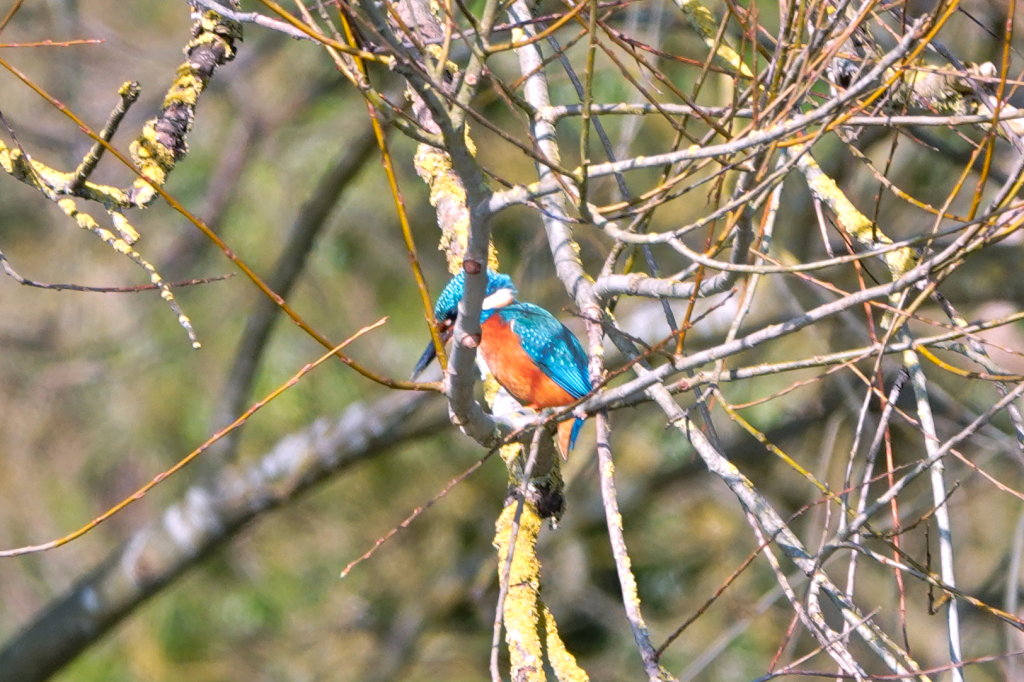 A kingfisher among the twigs and branches this morning. A split second later it took off, circled twice showing the blue of its back then the orange of its belly as it banked, then whizzed of upstream at full speed. It looked like it wouldn’t land again till it got to the bridge a few hundred yards away.