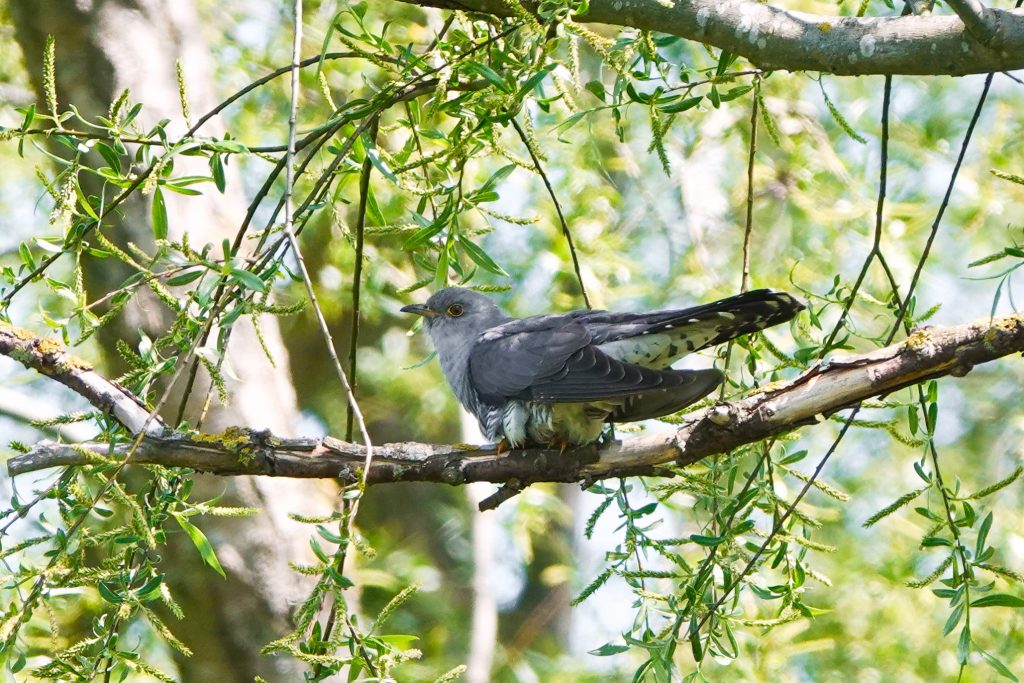 beaks flying into the willows on the near bank by Snipe Meadow. I hurried back to the bridge and went down the opposite side. As a man on a mission it felt strange to be walking past people enjoying the busy tennis courts and rugby pitches. I even had a short conversation with a man digging his allotment.

But when I got back to the river the adults were still delivering fish. It was hard to see anything else though in the shade of the overhanging branches. Still, it meant there had to be chicks there…

It all went quiet about 20 mins later and I walked on through the wood to Cotterstock without seeing or hearing anything else kingfisher-related.

There were a pair of cuckoos chasing each other about and building up to some afternoon delight in the meadows as I came back. The photo is of the male. He looks quite angelic here, but usually they look pretty rascally to me. I wouldn’t want to be any of the reed warblers chuntering away nearby – one of them’s likely to be landed with the outsized fruits of his labours!